So I decided to spend some time with Steam VR and try the new Steam VR Unity Plugin 2.0. I am mentoring at the Reality Virtually hackathon at MIT next week helping represent Wayfair and the Next team there and wanted to be knowledgeable of all these recent changes.

I also wanted to test my current game project in both the Rift and the Vive so now seems like a good time. I currently have it setup just using the Oculus utilities and it only works with the Rift but I want something that could work with multiple headsets in the future. It makes sense to go back and try out the new Steam VR setup which supports the Vive, the Rift, and also will support Windows Mixed Reality devices – I don’t own one of these yet but the new Samsung one is supposed to be pretty impressive.

There is a short tutorial on how to get started here. I am working with Unity 2018.3 right now and I picked up the latest version of the plugin off of the GitHub project. The Asset Store version is now up to date and should also work. 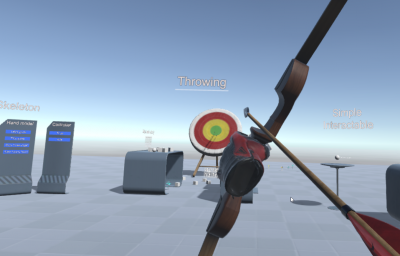 When I was trying this with the Rift and Touch I did run into a minor issue with the haptics which i posted on the project. Overall it is looking good and I am going to continue to play around with it.