I wanted to share my thoughts on the Magic Leap One.  I was able to work with the device as an early access developer at Wayfair and I built an experience for it called Wayfair Spaces that is published on Magic Leap World.  These are some of my personal thoughts about the device and the bigger picture of this tech and community of early adopters around it. 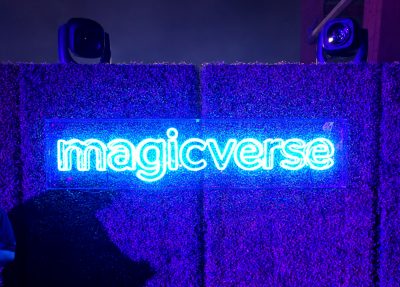 I honestly believe that Rony and the Magic Leap team are trying hard to create what we all love and want from this tech – even with the far out grandiose visions we see from them.  This thing is meant to be personal, carried wherever you go, and tinkered with to make cool stuff and push the bounds of what we think of as a personal computing device. 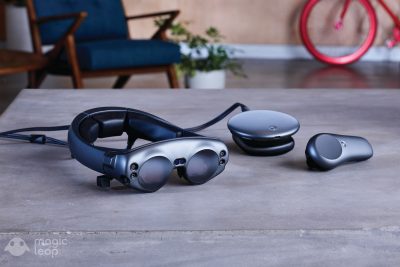 The device itself is an excellent piece of hardware for experimenting with mixed reality.  I feel it is what HoloLens should have been when it first arrived on the scene several years ago.  It is powerful enough to create some really cool experiences and the wealth of input options opens up so many possibilities.

The 6DOF controller is the distinguishing element that makes it truly different.  That kind of controller is what everyone is familiar with in VR and making apps for the device should be second nature to VR developers when it comes to input.

The ergonomics are also really good and the FOV is big enough to not really be an issue.  Yes it should be larger but for the most part it works for an early tech device.  It is something that you tend to ignore once you are working with it and get used to it.  The design of the headset with the circular frames vs the open visior of the HoloLens really makes it less apparent and just doesn’t break immersion like the floating rectangle of content in the HoloLens. 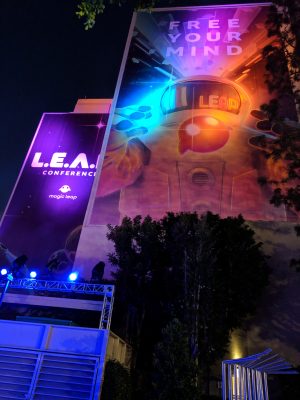 My impression of the conference is that it felt a bit like the first Oculus Connect where it was a gathering of very inspired developers.  And I feel like this tech needs developers to really run with it – this goes doubly so for artists and it will be talented artist developers that really make amazing things for mixed reality. 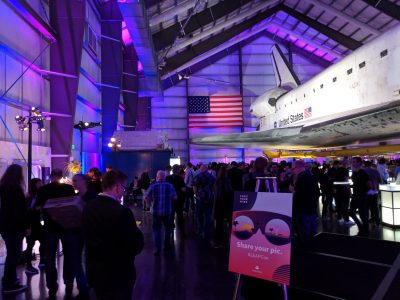 Having the welcome party under the space shuttle Endeavour was a really nice touch and opened up the conference with an inspirational vibe that isn’t often present at other events like this.  Kudos to Rony and the team for trying hard to make this a great conference for developers to meet and network.

I ran into one of my good friends Jono who has been working at Unity Labs doing amazingly cool XR things there with Timoni.  Having been at the birth of Boston VR and both avid VR nerds back in the day when the DK1 was born – here we were years later standing under the space shuttle Endeavour at what is likely one of the biggest milestones in the birth of MR talking about the future of this amazing tech. 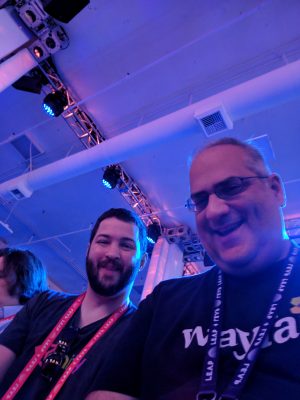 So now comes the hard part and this is where it gets complicated.  All the tech that goes into making such a complex and powerful device is expensive.  It is hard getting a great community of creators built up around something very expensive.  Look at how Microsoft totally pivoted to enterprise at the very beginning with HoloLens.  It just didn’t make sense to focus on things like games – there simply was no market for making games on a $3K device with limited input.  I just wonder how this will play out with Magic Leap.

I really feel it will all come down to the community of innovators that start working with the Magic Leap One.  We all know MR is coming and that Facebook, Google, Apple etc. are likely developing this tech internally and it is only a matter of time.  My hope is that the device sets a baseline that others will need to meet and exceed.

I also hope that Magic Leap continues to foster early adopters and supports a community of creators around the device.  There needs to be the level of experimentation and sharing of ideas that we saw back in the days of the DK1 with Oculus Share.  Magic Leap World needs to be there for sharing all the wonderful innovative ideas people will build for the device as well as delivering the latest AAA funded content.

That is really what it will take to grow the community and make it a success. 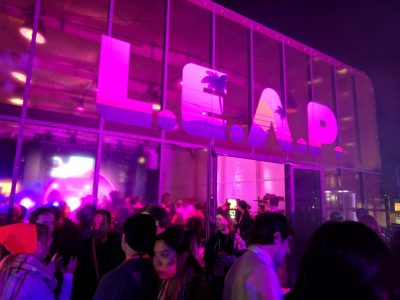