I didn’t really know what to expect going to SVVR. I wanted to go to the first one last year and couldn’t so I guess it was more about being there this time around and not missing out on mingling with the VR community. After all, it has been all about community the last few years and it was great to attach faces to names and see people I had met at Oculus Connect last year. 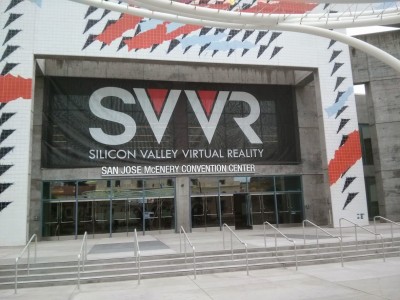 The VR community really needs to enjoy this final year because that sense of camaraderie and shared purpose is rapidly disappearing.  Once everything goes commercial next year it will likely fade away with a sea of people getting involved.  Not that having so much interest is bad, it just won’t feel the same as it has since the Oculus Kickstarter.  I remember Palmer stating at the end of the kickstarter that he had gained about ten thousand new friends.  Well now we are on the order of a hundred thousand.  By this time next year that will likely be growing toward a million.  Everything will not feel the same anymore. 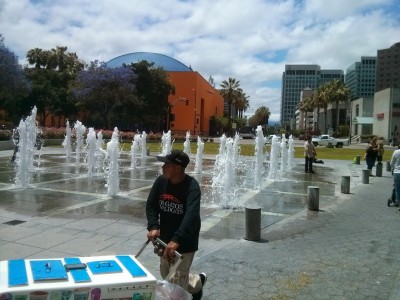 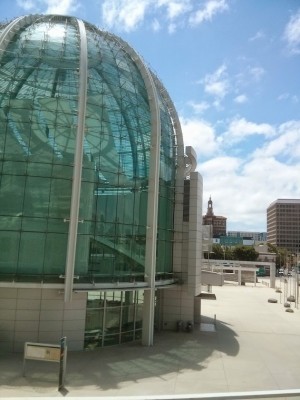 We had several members of the Boston VR community going.  For me it was the first time visiting the valley.  I really found it to be a nice place and the weather was great.  We ended up at the Ramada just a few blocks from the convention center which I recommend for cost and convenience.  We also found an excellent Thai place just up the street from there that stays open until midnight! 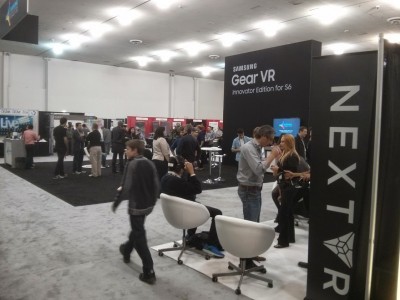 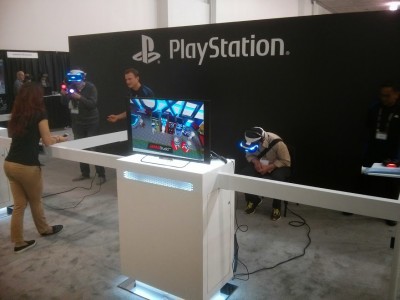 The highlight of the trip for me was the Sony talk on the Morpheus and getting to try it out for the first time.  I came away feeling that they really have their act together.  I found the headset on par with Crescent Bay and even more comfortable and easier to put on.  The Move controllers were also very good.  Sony has a great middle ground being a console and supporting seated play with controllers which is really where Lost Loot is probably best suited.  I feel that VR games that can be played in a traditional manner on consoles could help provide a bridge between console gaming and room scale VR. I also think that there could be more casual gamers that would like Lost Loot with something like the PS4 vs the PC gaming crowd, but that is just my instinct and is probably not true!

There was one interesting revelation with the Sony developer relations folks.  I asked about age requirements and didn’t get the response I was expecting, which was the Oculus stance of 13+.  It seemed that Sony has not decided or publicized any restrictions yet, however the 13+ requirement seemed to be dismissed by the Sony developer relations head there.  Anyway, I guess we will need to see what happens with that.

I also was able to try Crescent Bay again.  I tested it and Morpheus for black smear and it seemed non-existent even in very high contrast areas.  I am concerned about this because I now have the day/night system working in the Lost Loot Alpha and I want to be able to have dark nights.  This of course is horrible on the DK2.  I also asked Palmer about it directly while he was answering questions in the hall and he said that from DK2 to CV1 that the black smearing would be significantly improved. 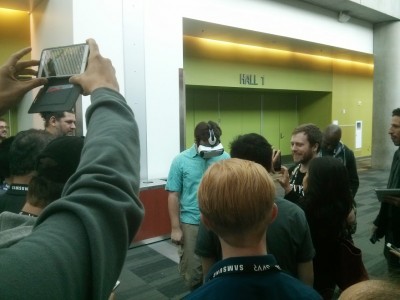 This is Palmer trying a Gear VR application that rained down money around the wearer.  Palmer’s comment was “This is the story of my life!”.  Anyway, he was nice to hang out answering questions for over an hour.  I asked if the Oculus Store would eventually support things like micro-transactions, in app purchases, and ads, and he said there wouldn’t be any limitations.  I then went on to beg about input.  He reiterated that if we build to an x-input game-pad we will be fine.  The input system will support that and add additional capabilities.  The way he said it reinforced the view that we will have something like the Stem or Vive wand type input with equivalent x-input controls.  I guess we will all find out very soon! 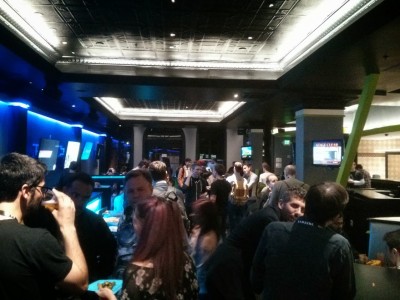 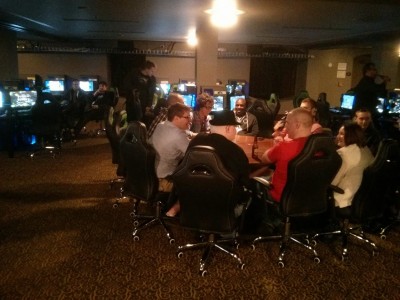 The AltspaceVR party at the AFK Gamer Lounge was awesome – a fantastic event for networking. The basement was especially cool until the internet went down!  Oh boy, do I want a basement like that!  Although, instead of all the desktops, there would be a serious room scale VR setup.  The whole event was great and many of us were sad to be kicked out at 11pm when they ended it.

On the last night, after the conference was over, we went to the VR house to hang out with other VR developers and do the Turbocast with Bob Nichols, Rev Kyle, and Cris Miranda!  That podcast is worth listening to and I think all of the final thoughts really sum up just how amazing it has been being a part of this new VR community.

That is all for now.  I hope to do another development post on Lost Loot soon showing the progress on the alpha version.  It now has really cool parallax mapped terrain, a procedural sky system, and a full day/night cycle!  And it all looks sweet in VR!