So, what does it take to utterly blow your mind?  VR!  It has happened twice now for me.  The last time was experiencing VR for the first time with the Rift a year ago.  This time it was experiencing the famous Valve demos that everyone has been talking about since the beginning of the year.  I am convinced more than ever that this new wave of VR technology is going to change the world.  There is absolutely no question in my mind – it WILL happen over the next several years.  When people get a taste of what I experienced this past weekend, there will be no stopping it, period!

The past week has been beyond exciting!  One of our famous indie developers here in Boston, Alex Schwartz from Owlchemy Labs, was able to setup the whole Boston VR Bender with Valve and Unity.  Oculus was also supposed to be in attendance with a DK2 for each team but could not make it – I am sure they are very busy with E3 coming and DK2s only a month away now! 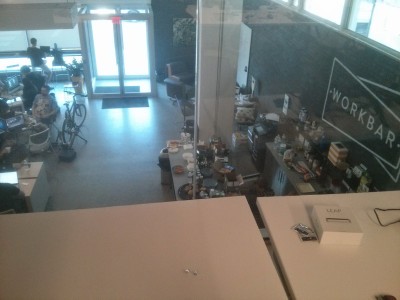 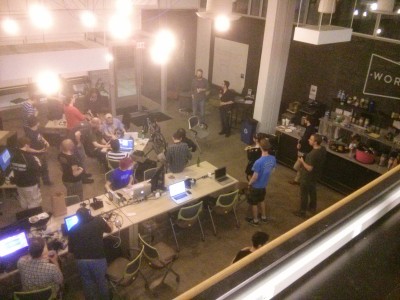 Yes we did have beer in the evenings at a VR Jam.  It was located at a place called the Workbar and that lovable VR Bender logo was pretty much all of us late into the night!  The whole event was designed to be much more about collaboration, experimentation, and innovation, than competition.  The jam portion of the event occurred over the weekend and is literally the first ever positional tracking VR Jam in history! 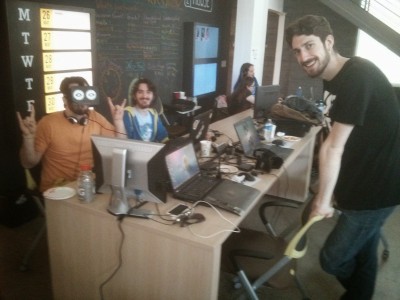 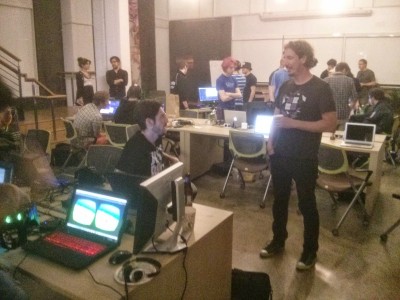 We built games using the Steam VR and Unity integration which is a universal VR SDK.  We could test with DK1s (without positional tracking) and take the same build and run them in the Valve prototypes.  I am thinking that build may also work with a DK2, but I guess I’ll have to wait until July to find out! 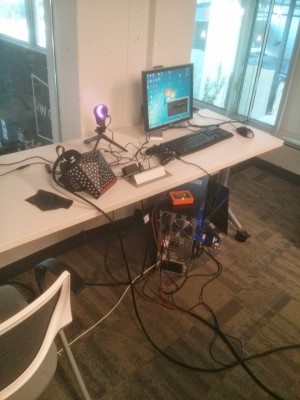 We were able to test and play our games using the cool dual screen (2160×1280) Valve prototypes with positional tracking.  These were powered by some serious GPU muscle – I think Titans were mentioned at some point.  It was possible to explore the environment in a large area perhaps a meter or so on a side.  Yes, we were down on our knees at times and twisting and turning in all different ways.  Positional tracking in a large volume like that is extremely cool!

Incidentally, I ended up helping spill the beans about Valve’s HMDs by posting pictures of our jam team on twitter.  They somehow got magically picked up and ended up on the oculus subreddit which caused a big stir.  They finally ended up on Road To VR and other places.  My friend Jono who is featured in one of the pictures then wrote up a detailed review of the Valve HMD (which is spot on btw) and posted it on the oculus subreddit which contains a picture he was taking in the opposite direction at about the same time!  You can see my shadow taking pictures behind our poor mutual team member and friend in the HMD.  What a web we all weave! 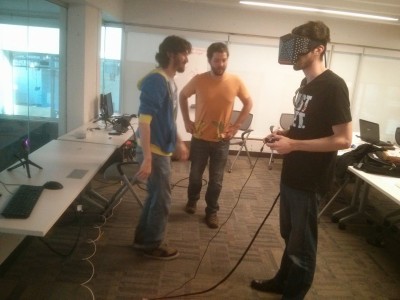 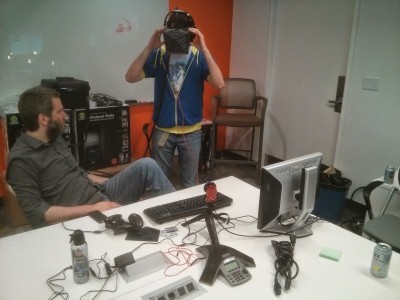 My personal feelings about the HMD were that it does really transport your mind to another place.  I was especially overwhelmed by the Valve demos.  They were the same ones shown in the Valve room.  The system we used appeared to be the same however we were constrained to a smaller exploration volume with the IR camera setup.  Everything you see with the HMD is rock solid and very crisp.

With the first demo of the sea of cubes, each cube had a texture on it of some portal 2 web page.  The amazing thing was that I could lean in and look at it closely and it literally felt to me like I was looking at the screen of my laptop.  It was that solid and detailed.  It instantly told me that we will be replacing monitors some day with this tech.

The other demo that really hit me hard was that of the detailed mechanical robot with all its moving parts.  It was possible to kneel down and move in close inspecting all the detailed pieces.  It seemed so real I wanted to reach out and feel the metal parts.

The positional tracking also really showed itself off with the miniature office scene where you felt like a giant but then could kneel down on the floor and look right down into the little cubicles and watch the little portal characters doing all manner of interesting things in their cubes.  I have heard of these demos being described as a lucid dream state and I guess that is an accurate description.  It was also jarring pulling the headset off after using it for a while.  I could easily see myself getting lost in stuff using this kind of quality VR.

So, for the record, and especially for you VR developers out there, 90 fps is absolutely necessary!  Seeing what this hardware does and more so what happens when you have drops in frame-rate has convinced me of this strict requirement.  Time warping may help with short frame-rate drops but it is imperative that we develop games that are within the means of the hardware (gpu and cpu) we have today to drive them at 90 fps.  Trust me, there will be a glaring difference in the quality of the experience for games that meet these specs and those that don’t.

Because of this experience I am now even questioning if Lost Loot is going way too far, pushing into this gray area where I can’t maintain proper frame-rate, even on higher end systems.  I am beginning to think I may need to scale back my ambitions and work on something more suitable for what is possible now.  Definitely something I will be thinking about as I begin working with DK2 in another month or so. 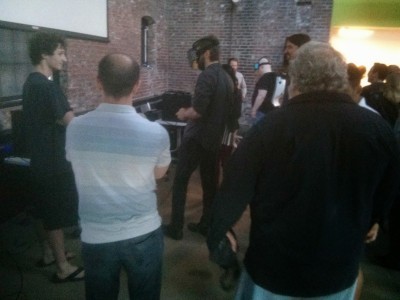 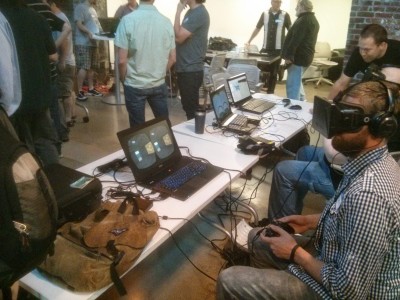 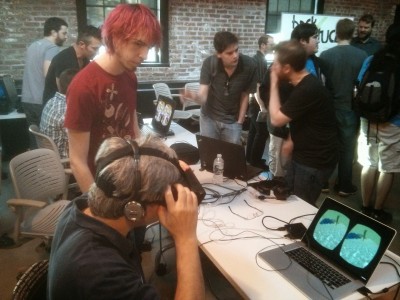 The VR Bender continued on Monday with the Boston VR Meetup maxed out at 100 people plus many others who just crashed it.  We had a great meetup with the VR Jam games running on the Valve prototypes for everyone to try.  The excitement at our little event was unbelievable.  Usually we have a fair crowd with only a dozen or so regulars and a small band of us that always make it out to Cambridge Brewing Company for beers after.  Seeing the amazing turnout and so much VR goodness at our meetup was awesome.  Thanks to Unity for a Pro license giveaway and also Leap Motion for the 7 Leaps raffled off.  The night ended with large groups heading out to our favorite hangout for more VR talk, and yeah, beer!

The last stop on the bender was Tuesday night at the Mead Hall with a maxed out 120 person Boston Unity Group Meetup – check out that selection on tap.  Yikes, that was a mass of Unity developers infused with VR goodness.  The talk and drinking went until midnight and it was an awesome end to four days of VR.

I want to wrap up by reiterating what a special event this was.  I personally know that a large number of developers that tried the Valve demos were completely inspired by what they saw and some that I talked with in depth were truly altered by the experience in the same way I was.  VR is going to be beyond anything we can imagine in the coming years as the bubble of excitement for it expands out to the masses.  Yet we all need to help make it happen.  Developers and enthusiasts are the front lines to that whole effort and this event has done its job in that regard.

Thanks to Alex for making it happen and for Valve and Unity for spending the time and resources to work with all of us and help inspire us to build really cool VR games and experiences.