It has been a while since the last update on Lost Loot.  I have been hard at work on the game during the little spare time I have available lately and I wanted to show off some of the underwater effects that have been added and discuss some of the progress that has been made.  I made a video so you can see the current version in action.

I started off with some changes to the water color scheme to make it more blue and less green.  I intend to take this further and shift from a lighter to a more pure blue as the depth increases.  I also further tweaked the Water 4 settings to make it so you can see into the shallower water from above.  Overall the water looks a lot nicer and the wave height has been increased some making it more fun to ride the surface up and down. 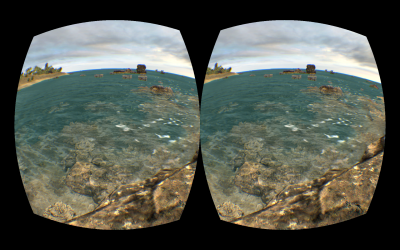 With the water looking better the next step was to work on particle effects.  The initial system I setup was the particles in the water that ebb and flow to make it feel like there is a current.  These also move past as you swim forward.  Added to this are air bubbles that are released simulating breathing during scuba diving.  These stick around for a while and slowly rise.  All of this helps very much to make the water feel like it has volume. 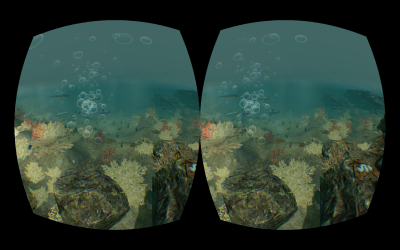 With basic water particles working, I decided to move on to add splash effects and underwater bubbles from them.  This by far was the most time consuming part of the underwater effects so far.  There is a horizontal and vertical surface splash whenever the player or an object breaks the surface of the water, and related to this are bubble particles that rise to the surface whenever an object goes underwater.

I recreated the horizontal spash that comes standard with Unity, but using Shuriken, which was a great learning exercise.  I also reworked my diver bubble system to do the splash bubbles and used both single bubble textures and multi-bubble textures.  This gave the effect of lots of air bubbles forming in the water.

With this splash system on the avatar you get a nice stream of bubble coming up when you transition to underwater, and if you are on land in shallow water you can look down and see your body interacting with the water.  It is even fun to knock barrels and crates in the water and also watch them produce splash effects and bob up and down in the waves.  If you watch them fall down into the water from underneath they leave a trail of bubbles that rise to the top.  Very cool!

Of course to go with all these effects are sounds.  The avatar now has footstep sounds which make splashes when in shallow water.  There are also splash sounds when something falls into the water.  Finally there are air bubble sounds underwater. 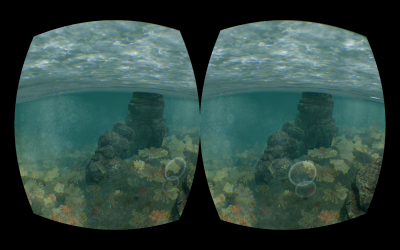 So, after getting really tired of working on particle systems,  I had to change to something else and decided to work on underwater lighting using the Volumetric Light Beam kit by Stu Assets.  I created a system of both staged and random volumetric lights.  I hand placed lights at locations for effect, such as over shipwrecks or parts of underwater ruins.  Then, there are random ones generated everywhere else.  This gives the feeling that there is light coming down from the surface and helps to make the underwater environment more dramatic with lighter and darker areas. 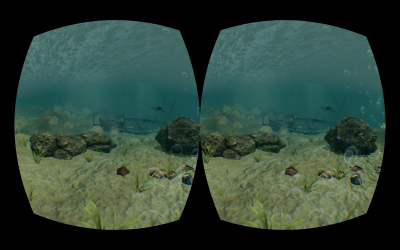 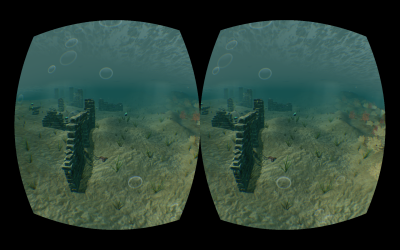 With the lighting making the environment look really cool I decided to have a bit of fun with the sharks.  The game is supposed to make you look all around and try to avoid the sharks as you are looting treasure.

They are just a nuisance in the VR jam version, but now if you are bitten by a shark you may end up trailing blood in the water.  If you get enough shark bites and are getting enough blood in the water then a shark frenzy can occur drawing more sharks and making them attack more often.

Of course when a shark frenzy is getting close you are warned with some “Jaws” like music that kicks in!  Best of all, if you have extreme camera movement set on full, you actually roll and tumble in the water in ragdoll mode, stunned as the sharks bite you.  This combined with the clouds of blood surrounding you makes a convincing feeling of being consumed by sharks in a frenzy.

Of course the trick is to try and get away between shark bites when you are not stunned and immobile. 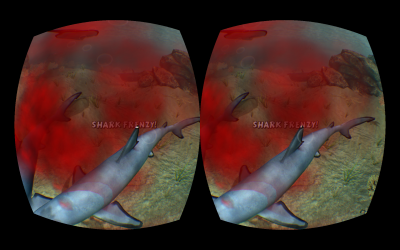 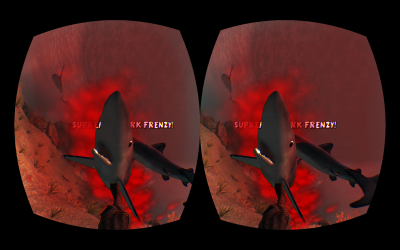 I am now working towards an initial pre-alpha release in the next month or so.  I am planning a whole series of pre-alpha releases as I develop Lost Loot further with a major update every two months.

So, check back or send me a note via the contact form and I will add you to the email list for testing new versions!