So we have reached the end of week two.  Things have been a little crazy – I am getting rather exhausted and turning nocturnal.  The game is coming along, but still not anywhere near complete.  I was able to complete the basic gameplay of diving for and recovering loot.  This is my official milestone 2 progress video for LOST LOOT, which is just some gameplay segments diving for loot!

Current gameplay involves parachuting onto the island, trying to land near the base camp which is just a small hut and a dock, and from there, heading out to find ruins or wrecks and recover treasure.  As you drop in on the island you may be able to spot some areas to explore that have stuff below the water.  Once you are out diving you must be mindful of air and depth.  You can run out of air so you have to resurface regularly, and you can only go so deep or you start to get crushed to death from the pressure.  The effect I came up with for injury and death is basic but effective, giving you a subtle hint about how close to death you are.  If you die, your score is impacted and you end up back at the hut. 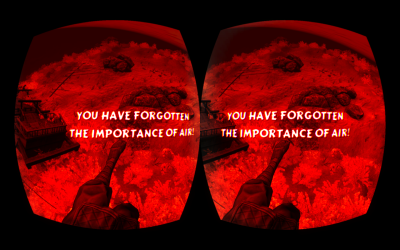 The first glaring hole in the gameplay right now is that we are missing the sharks, and all the sea life in general.  This is the most critical and difficult piece that I am currently working on.  We need sharks that are going to come after you!  They may even carry you off, but we will see how far I get with basic patrolling and attack behavior.

The second glaring hole is I have no upgrades working.  You will get a whole series of upgrades automatically as your score increases which will allow you to get to deeper sites with more loot and give you stuff to keep those bothersome sharks away.  Equipment will include: face masks, snorkels, flippers, air tanks, lights (deeper sites are dark!), spear guns, and a little boat.

Don’t ask me why an intrepid adventurer who parachutes onto a tropical island to search for treasure doesn’t start with all this!   And, don’t ask me how he gets it later – maybe airdrops?!  Anyway, all recharging of equipment, such as air tanks, lights, and spear guns is automatic when returning to the base camp or the little boat which acts like a mobile base camp.  The little boat also opens up the ability to “teleport” to and from known ruin and wreck sites via the interactive island map in the hut.  The sites appear on the map when you discover them or find a map artifact that “gives” you the location of a site.  Anyway, all of this is intended to be in there, but I am worried I will have to cut features for the jam.  It will be interesting to see how far I get. 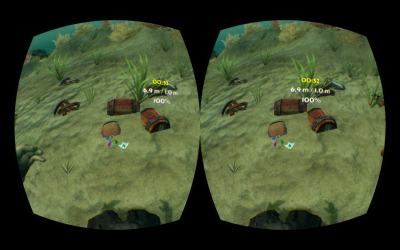 In the last week I created a little more content but there are only a couple of areas to visit.  I have not done enough to randomize them, although they do have some random structure, but not much – mostly just me testing the capability.  I created just a few types of randomized treasure clusters, which are duplicated and placed throughout these areas.  Overall it gives a little feel for the random structure and treasure, although once you learn all the locations over multiple games it won’t be as interesting.  I guess I would call it pseudo random since it is only random within the available configurations.  There needs to be a lot more content made and it would be great to build a truly random location and treasure system, but this can be difficult to make look good and time is far too limited to do it for the jam.

My ultimate goal with all of this is to have a Diablo style system where the main character remains the same and the world is reset and randomized.  You just quit and play again and you get a new “random” environment to explore but you keep all your treasure, upgrades and so on, and just keep improving your equipment and scores.  This way you can just restart and get some new stuff at whatever level you want. 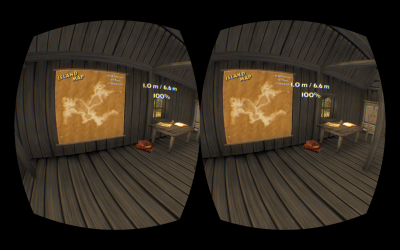 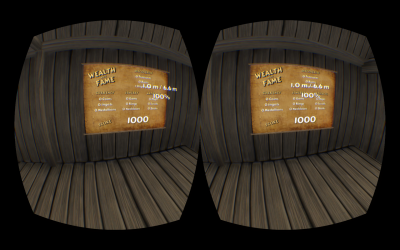 Within your little hut, which is your base camp, I created an interactive island map so you can survey the sites you have discovered and also have a feel for the layout of the island.  Artifacts found in loot piles such as maps, scrolls, and books have a chance to reveal locations on this map.  On the opposite wall is a score chart showing your wealth and fame, and below that will be all your treasure stacked up, to some maximum of course, at least that is the idea.  Time will tell if this is also cut.

As I already mentioned, the interactive map isn’t working yet.  When under the water the plan is that you can press a button to bring up your hand with the diving computer tied to your wrist.  This will replace the current HUD.  When out of the water this same action brings up a mini non-interactive version of the island map.  Again, I hope to have this working, but it may all get cut short.

Sound is another major area of work I completed in the last week.  The basic environmental sound is working but it was a bit time consuming to get setup.  You have different ambient sound based on being inside the island, on the coast, or underwater.  These blend and then you also have sets of random sounds for those areas as well.  It gives a basic ambiance, and then there are also some eerie short music segments when finding wrecks and ruins.  These only play once when you first discover them.

Well, that is it for the Milestone 2 update.  Thankfully there is only one week left to wrap it all up!  I am always interested in comments and feedback so feel free to tell me what you think.